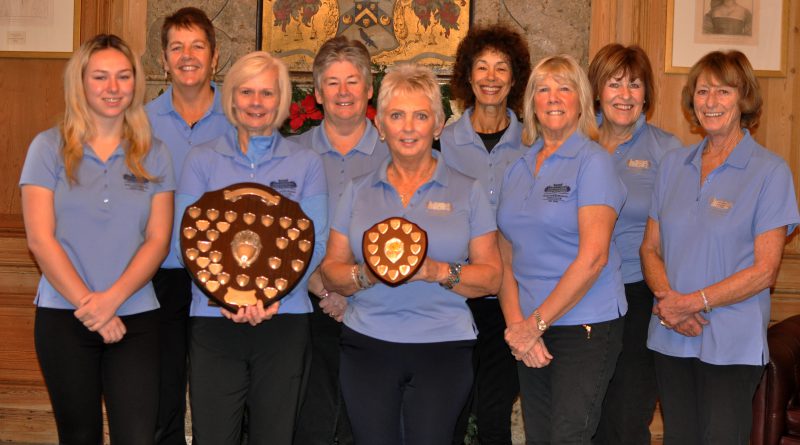 Female golfers across Northamptonshire will be keen to play competitively during the coming season after just four individual and pairs events took place during the last year due to the pandemic.

Although the leading golfers played in the Ladies Championship, Champion of Champions, Girls Championship and Mixed Fourball Betterball towards the end of the summer, there were no team matches throughout 2021.

Assuming the coronavirus restrictions are lifted in time, that is set to change with a number of clubs entering sides in the Cecil Leitch League and Scratch League campaigns.

Six of the last seven champions in the Cecil Leitch will be playing in the same section of the 2021 event as Oundle and Whittlebury Park compete in Group D.

With Brampton Heath and Rushden also involved, Oundle are chasing a hat-trick of consecutive titles, while Whittlebury will be aiming to add to their successes in 2013, 2014, 2015 and 2017.

The winner of Group D will progress through to a quarter-final against the runner-up in Group B, which sees 2016 winners Overstone Park take on Cold Ashby and Wellingborough, while Daventry have pulled out.

Wellingborough’s Ladies Scratch League team will be chasing a third successive victory as they compete for the 2021 crown alongside five other clubs.

Northants County, who last claimed the title in 2015, are hoping to mount a strong challenge, as will Overstone Park, Northampton, Peterborough Milton and Elton Furze.

It still remains to be seen whether the Intermediate League, which was claimed by Wellingborough the last time it was played in 2019, will take place this season.

Individual ladies competitions scheduled for 2021 include the County Championships from May 7th-9th and the Bronze and Intermediate Championships on July 21st.

The Four Ball Betterball takes place in early June, the Four Ball Am-Am and Goodyear Cup are both in August, the Bouverie Bowl is on September 14th, before the season comes to a climax with the County Seniors Championships and Tazza Trophy on September 30th.