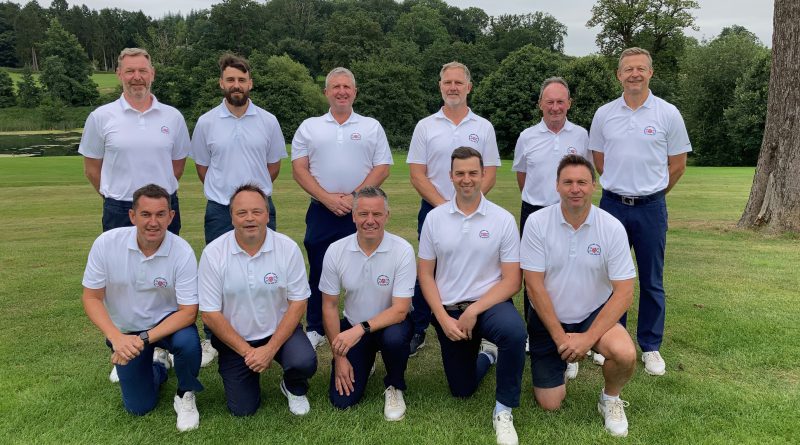 Northants County lifted the Hollingsworth Trophy for the eighth time with a 3-2 victory against Collingtree Park in the Final at Northampton GC.

Matthew Bird and James Dunkley secured the opening point with a 3&2 success, before Paul Harris and Daniel Roberts doubled the County lead with a comfortable 5&4 win.

Although Stephen Low and Lee Sanders clinched game three on the 18th and Ray Connolly and Jensen Parfitt were also successful for Collingtree down the last, it proved too late as Brian O’Connell and Nick Beal confirmed the County victory with a 3&1 win.

Northants County booked their place in the Handicap League Final after a commanding 19-9 victory over Rushden in their last four clash at Overstone Park GC.

Ashley Talbot and Paul Newell recorded a magnificent nine-hole victory for Rushden, but any hope of an incredible turnaround was quickly ended by County’s Julian Moss and Ian Tarry, who clinched the last match by three holes.

The other semi-final sees Overstone Park take on Kingsthorpe at Northants County GC on September 19th, with the showpiece final scheduled for early October.

Oundle moved to the top of the Scratch League third division standings with a 4-2 home success against Daventry.

Eddy Lawson and Jack Logan enjoyed big home wins, but with all the other four games going the distance, the result remained in the balance.

After Cameron Clark pulled one back for Daventry, the next two ties were halved, before Sean Quinn sealed the home victory as he won the 18th hole against Chris Eveleigh.

Overstone Park will take on Staverton Park in the Ladies Cecil Leitch Final after recording 3-2 victories against Rushden and Elton Furze in their respective last four ties at Kettering GC.

Despite facing a Rushden side, who had won all seven matches this season, Overstone produced a confident display as they seized control straight away.

Suzanne Silvester took the opening game 4&3, Emily Nunn doubled the lead on the 17th hole, before Julie Howes sealed victory with a 4&3 win. Karen Findlay and Linda Smith were successful for Rushden.

It was a slightly different story for Staverton as they needed points from Jane Clifford and Elaine Loydall in the final two games to snatch a narrow victory from Elton Furze.