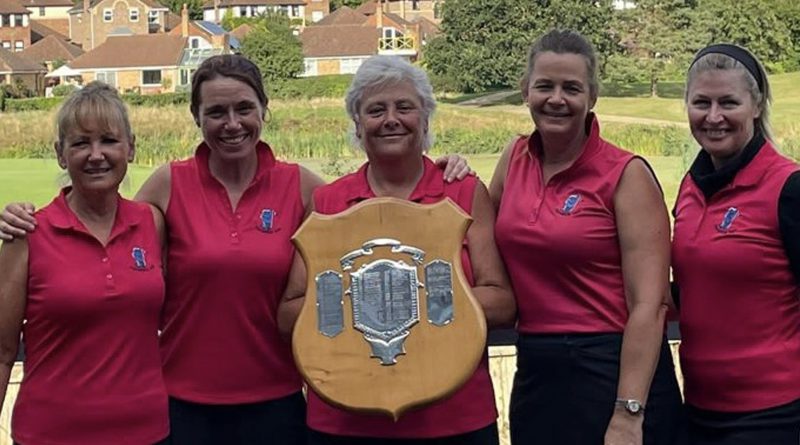 Staverton Park lifted the Ladies Cecil Leitch title with a 3-2 victory against Overstone Park in the final at Collingtree Park GC.

Although Overstone’s Kerry Hambleton and Cathy Wiggins won the first and last ties respectively, it wasn’t quite enough as Staverton took the three middle games through Sharon Jones, Denise Aitchison and Samantha Harding.

Overstone Park leapfrogged above Northampton to the top of the Scratch League table with a 5½-2½ home victory against their rivals.

Richard Dalton got the hosts off to the perfect start with a huge win in game one, but Northampton kept themselves in the contest with two convincing wins late on.

Despite all the other five ties reaching the 17th hole at least, Overstone held their nerve as Adam Print, Jack Binch, Taylor Sargeant and Mark Stockdale secured narrow wins, while James Barker collected a half.

Kingsthorpe kept alive their hopes of catching Peterborough Milton at the top of the second division standings as they defeated Farthingstone 5½-2½ at home.

Big wins from Simon Kerr and Jake Croxford and a couple of other 4&3 successes proved decisive as Kingsthorpe moved to within three points of leaders Milton with two matches remaining for both clubs.

Collingtree took advantage of Farthingstone’s defeat to move off the foot of the table as they beat Kettering by the same scoreline.

The battle to gain promotion out of the third tier looks no closer to being decided after Cold Ashby beat leaders Daventry 4-2 at home.

Comfortable wins from Kevin Basson, Paul White and Lewis Entwistle, plus a one-hole success from Jim Burberry, made the difference for fourth-placed Ashby as they closed to within one point of Daventry.