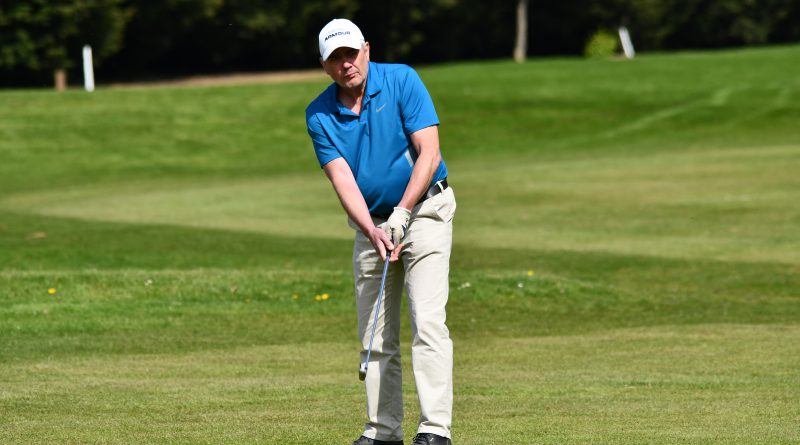 Staverton Park confirmed their place in the last four of the Hollingsworth Trophy with a perfect winning record as they defeated Daventry 3-2 at home in their last Group A outing.

Barry Harding and Giorgio Forgione (3&2) and Joshua Morris and Andy Sant (6&5) gave Staverton the ideal start, before the visitors replied with a 2&1 win.

Although both the remaining matches went the distance, the hosts sealed top spot thanks to a narrow victory for Bill Marks and Greg Young.

Farthingstone secured their semi-final spot with an excellent 4-1 home success in a winner-takes-all Group C clash with Whittlebury Park.

The visitors collected the first point, but Farthingstone responded in a positive fashion through David Summerfield and Simon Nightingale (3&2) and Bradley Wardell and Adrian Miller (5&4).

Darren Matthews and Karl Leason confirmed the home triumph with a 2&1 win, before Ian Donald and Barry Jones capped a fine result with another victory on the 18th hole.

Peterborough Milton B took a big step towards qualifying for the knockout stages as they became the first team to beat Collingtree Park with a 3-2 home victory in Group D.

Matt Barber and Robert Fredericks (5&4) and Steve Dickinson and David Fear (6&5) set the tone for Milton, but Trevor Twelftree and Jody Parfitt kept the match alive with an equally comfortable away win.

Martin Humphries and Dominic Ralfs secured the victory for Peterborough on the closing hole, before Scott O’Connor and Simon Purkiss added a potentially crucial fourth point with a 4&2 success.

Hellidon Lakes bagged their second victory of the Handicap League season with a comprehensive 29-0 home success against Delapre, who were also whitewashed in their previous Group A outing at Staverton Park.

Northants County had few problems at home to Kettering as they recorded a comfortable victory in Group B.

Kingsthorpe began their Group C campaign with a victory in as they recorded a 13-4 home success against Brampton Heath, who have now lost both their matches this season.

Rushden made it two wins in two matches as they collected the first away victory by any team in Group D with a 14-7 success at Cold Ashby.

Although the hosts took the lead with a couple of wins, Rushden emphasised their qualities as Ryan Statham and Dave Bailey sealed the victory with a six-hole success in the final tie.

In the same section, Collingtree Park proved too strong for Overstone Park as Joe Johnson and Shaun Walpole (three holes) and Pete Bulliman and David Combes (six holes) impressed in a 10-6 home win.

Kettering showed their battling qualities away to Northampton as they completed an exceptional 4-1 victory in Group B of the Ladies Cecil Leitch League.

Although Sarah Pattison and Amanda Campbell were both successful with holes to spare, it was the narrow away wins from Eve Wilkins and Andrea Whitlam that proved decisive in the positive result.

Oundle maintained their perfect run in Group C as they defeated Cold Ashby 4-1 at home, thanks to big wins from Claire Izod (5&3), Carla Fogarty (3&2) and Karen Johnson (7&5), plus a slender victory from Elizabeth Swan.

County’s Sarah Huddy and Michelle Smith recorded 4&3 wins, while Sue McRae and Saliann Miles both came good with two holes to spare. Jane Rowe had the pleasure of recording the best win as she triumphed 5&4 for the visitors.