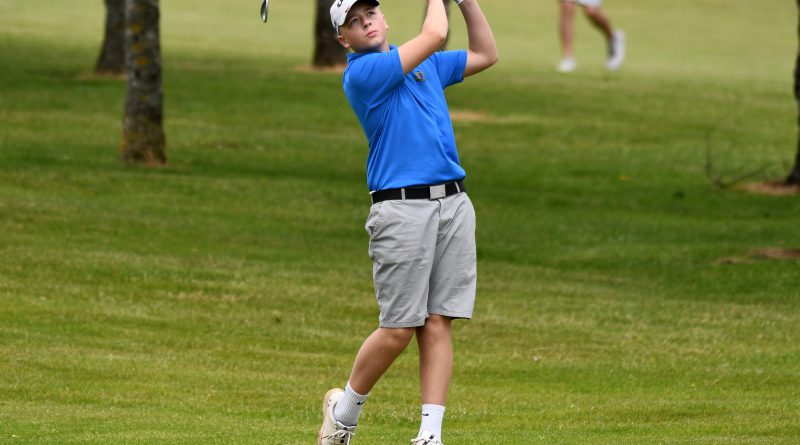 The quarter-finals of the Ladies Cecil Leitch threw up some surprise results as three of the four group winners were knocked out at Daventry GC.

Northants County, who had won five of their six Group D matches, came up just short in their clash with Wellingborough as points from Claire Guest, Susan Kellett and Bina Shah earned a 3-2 victory.

Wellingborough will now take on Elton Furze in the last four after they fought back from losing the opening two ties to defeat Group B pacesetters Rushden, thanks to wins from Pauline Hurley, Anne Milsom and Jackie Butler.

Overstone Park saw their run of five successive victories come to an abrupt end as they crashed to a 4-1 loss to Staverton Park, whose points came from Sue O’Hagan, Denise Aitchison, Samantha Harding and Candice Jones.

Whittlebury Park will be Staverton’s semi-final opponents on Friday, August 26th at Kingsthorpe GC after the Group A winners recorded a 4-1 triumph against Oundle in the last eight.

Tracey Heavey and Christine Coles were both successful for Whittlebury by the scoreline 4&2, while their other two points were claimed on the 18th hole.

Kettering maintained their perfect winning record in the second tier as they thrashed Kingsthorpe 7½-½ at home, with the help of big wins from Nick Keech, Ben Atherton, Ed Keech and Luke Saywood.

Although Andy Robinson, Jamie Ashcroft and Jordan Darnell all claimed home points on the 17th hole, Kettering couldn’t complete the whitewash as Kingsthorpe’s Ian Townsend managed to secure a half with Reece Dodd.

Silverstone overtook Daventry at the top of the third division after beating Priors Hall 4-2 at home, courtesy of points from Mark Bennett, Barry Jackson, Robbie Turvey and Mark Jordan, who triumphed on the 18th hole in the last game.

Northampton moved to the summit of the Intermediate League after two comprehensive victories over Wellingborough and Kingsthorpe on consecutive weekends.

Competing against previously-unbeaten Wellingborough at Overstone Park GC, the Harlestone club took six of the first seven ties on their way to a 6½-1½ win.

Northampton came out the blocks quickly against Kingsthorpe seven days later at Kettering GC as they won four matches with at least four holes to spare, before adding three more points on the 18th hole in a 7-1 victory.

Wellingborough responded to their first defeat of the season by securing a 4-4 draw with Overstone Park as Andrew Grimmitt, Callum Underwood, Paul Redding and Oliver Timm collected their points.

Staverton Park gave themselves a great chance of progressing through to the Handicap League semi-finals after defeating Northampton 18-6 in their penultimate Group A fixture.

However, a six-hole defeat for Staverton in the last tie has given Hellidon Lakes hope of overtaking their rivals as they host the leaders in the final match this weekend in the knowledge that a victory by more than 10 points will confirm top spot.

Northants County maintained their qualification ambitions from Group B as they completed a convincing 14-3 away victory at bottom side Priors Hall.

Although games four and six were closely contested, the visitors put the result beyond doubt with a comprehensive seven-hole win for Adrian James and Julian Moss in the other tie.

Leaders Kettering will still seal first place if they win at Wellingborough, but a defeat would mean County or Wellingborough, who meet in the last match, could snatch a last four place.

Overstone Park B missed an opportunity to book their place in the semi-finals with one Group C match still to play as they lost 3-1 at Delapre, who moved level on points with them at the top of the standings. Giuseppe Memoli was the lone winner for Overstone.

Northampton B collected their first victory of the season with a 3-1 away success at Kettering A in Group D.

Although James Attwood secured a comfortable win for the hosts, Northampton took the honours thanks to points from Cameron Black, Luke James and Mackenzie Warden.