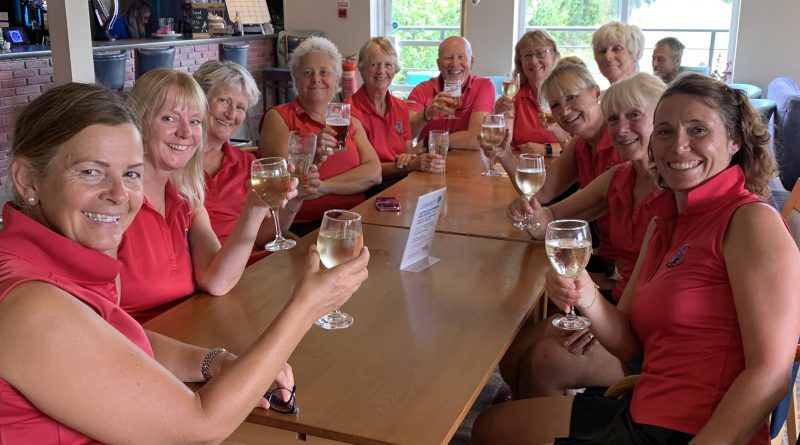 Staverton Park remain on course to retain their Ladies Cecil Leitch title after the defending champions reached the 2022 final with a 4-1 victory against Whittlebury Park in the last four at Kingsthorpe GC.

Whittlebury bagged the opening tie through Trace Mann, but Staverton rarely looked like losing as Denise Aitchison and Samantha Harding both won on the 15th hole.

Jane Clifford enjoyed an even more comprehensive victory, before Jackie Frampton capped a fine display for the 2021 winners by securing the remaining point on the 18th hole.

Wellingborough A will be their opponents in the final on September 15th at Northampton GC after they defeated Elton Furze 4-1 in the other semi-final.

Although Bina Shah completed a 4&2 win for Wellingborough, the overall result remained in the balance as all the other four ties reached the last green.

Claire Guest, Lema Townsend and Susan Kellett held their nerve for Wellingborough over the closing stretch of holes, before Elton Furze grabbed a consolation point in the final game.

Collingtree Park moved above Kettering to the top of the second division table in the Scratch League with a 7-1 home demolition of Kingsthorpe.

Rushden booked their place in the Intermediate League semi-finals at the expense of Wellingborough as they defeated one of their closest rivals 6-2 in the last group fixture at Kingsthorpe GC.

Kulwinder Bagri (5&4), Alfie Masser (3&2) and Steve Kempson (2&1) sealed the opening three ties for Rushden, before the next two matches were halved.

Although Wellingborough reduced the deficit by taking the next game, Dave Johnstone and Ian Dickerson were both successful for Rushden, who now face Northampton in the last four.

Overstone Park also missed out on a semi-final place as they crashed to a 6-2 defeat against Kettering, whose points came from Marcel Aarts, Stuart Bell, Ben Atherton, Nick Keech and Andy Robinson, plus two halves.

Kettering, who defeated Wellingborough 6½-1½ in their previous outing, will take on Collingtree Park in the last four after finishing top of the standings.