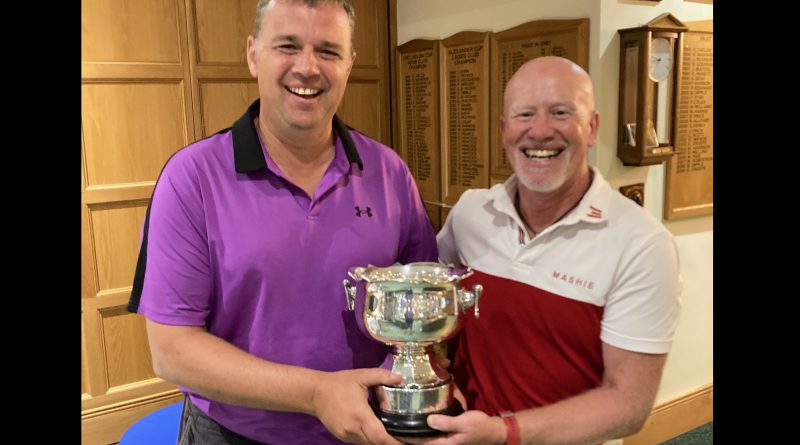 Staverton Park’s Barry Harding and Adrian Thompson were successful over 36 holes in the NGL Stableford Cup as they secured victory by a couple of points at Whittlebury Park GC.

After posting 38 points to sit two off the pace at the half way stage, the pair found their best form in the afternoon as they bagged 42 points to move clear of Dale Betts and Paul Cranswick (Kingsthorpe).

Fellow Staverton members Malcolm Jones and Greg Young, who jointly held the lead after the opening round, had to settle for third position on 77.