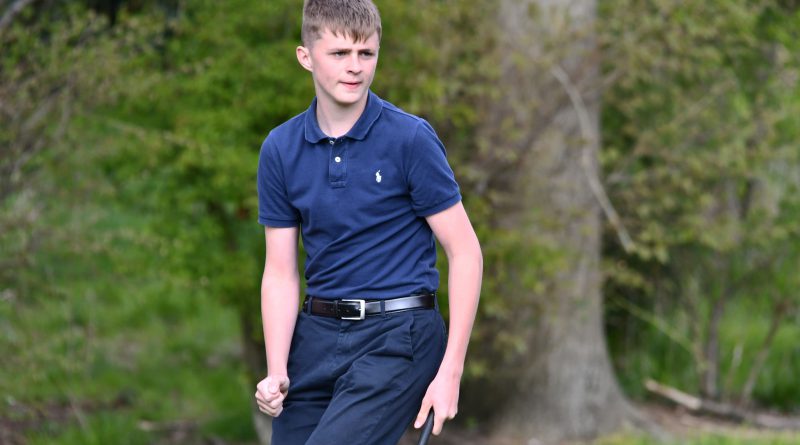 Perfection was the name of the game in the Scratch League as Peterborough Milton and Collingtree Park both recorded 8-0 home victories in the second division.

Milton, who had won all their previous three outings this year, were in great form against Farthingstone as points from Charlie Armitage, Adam Scott, Ian Symonds, James Walters, Michael Wood, Ian Wicks, Tom Burgh and Adrian Firman secured the honours.

Collingtree leapfrogged Kingsthorpe into second position in the standings as they found their best in their first home match of the campaign.

Daventry emphasised their ruthless streak at home to Oundle in the third division as they enjoyed a 6-0 victory against a team who had drawn their previous two away outings.

Paul Taylor (8&7), Daniel Haynes (5&4), Dave Mucker, Chris Eveleigh (both 4&3) and Jack Cooper (3&1) were all successful, with the remaining point coming from a walkover win.

Cold Ashby remain the only unbeaten team in the third tier after they collected a 4-2 home victory against Priors Hall, who are still searching for their first point of the season.

Big wins from Stuart Nicholas and Jim Burberry, a walkover victory and a 4&2 success from Kevin Basson sealed the plaudits for Ashby, before the visitors grabbed two consolation points through Jake Sheridan and Matt Goode.

The leading two sides in the Intermediate League couldn’t be separated as unbeaten Collingtree Park and Kingsthorpe battled out a 4-4 draw at Northampton GC.

After the opening tie was halved, Kingsthorpe took control thanks to a couple of 6&5 wins from Mark Parry and Andrew Lay, before Jason Withrington added another point down the last hole.

Collingtree responded with comfortable wins from Kevin Parfitt and Jody Parfitt, and a one-hole success from Daniel Scott, but they couldn’t quite complete the comeback as the other match finished all square.

Staverton Park maintained their hopes of qualifying for the knockout stages with a gritty 8-7 away success against Cold Ashby in Group C.

The home side appeared in command early on as they won the first three matches by a margin of six holes, but Staverton’s Martin Fallows and Adrian Thompson halved the deficit in game four.

Steve Loydall and Nick Heard recorded a five-hole win in the next game to give Staverton the lead, which they just held onto thanks to a narrow loss for Gez Strangwood and Jason Murray.

Overstone Park booked a Ladies Cecil Leitch quarter-final meeting with Northants County after finishing top of Group B with a 4-1 home victory against Cold Ashby.

Peterborough Milton B were given a scare in their opening Group B home fixture with Wellingborough, before edging a tight contest by the scoreline 2½-1½.

Kai Raymond recorded a comfortable win for Peterborough, but the other three ties all went the distance as the visitors chased their first Junior League victory since 2017.

Although Wellingborough’s Ewan Clee was successful in the last game, Milton secured the plaudits thanks to a half from Jacob Williams and a win from Charlie Pearce.