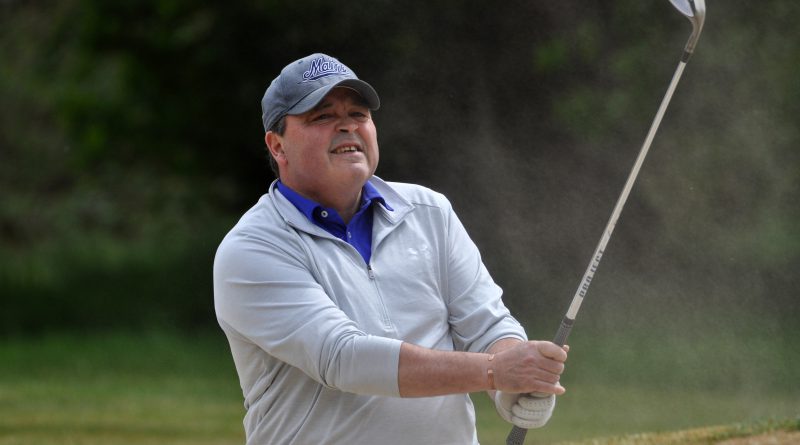 The Hollingsworth Trophy Final will see Collingtree Park face Northants County later month after they made it through their last four ties against Daventry and Northants County A respectively.

The other semi-final was a classic contest as Northants County A looked set to progress against their club-mates after Roger Green and Nathan Dennis took the opening point on the 18th hole, before Tom Garrett and Ben Garrett doubled the advantage with a 2&1 win.

With Paul Harris and Daniel Roberts (3&1) and Andy Castell and Andrew Billson (4&3) levelling up the overall match score, Quentin Wade and Simon Blundell clinched the team win by beating Ian Tarry and Russell Sandiford down the last.

Kingsthorpe progressed through to the last four of the Handicap League after guaranteeing first place in Group D with a 14-14 draw away to Delapre.

Anton Clarke and Jason Withrington (seven holes), Dale Betts and Danny Cramphorn (three holes) and Paul Botterill and Robert Tansley (four holes) were successful for Kingsthorpe, who are likely to play Group B leaders Overstone Park in the next round.

Northants County qualified for the semi-finals as Group A champions as they took five of the six ties at Daventry in a dominant 14-4 win.

County will now face the winners of Group C, where Staverton Park gave themselves a chance of reaching the semi’s with a 11-5 away victory over point-less Collingtree Park in their penultimate fixture.

Needing a positive result to have any chance of catching leaders Rushden, the visitors made the ideal start as Joe Spittlehouse and Peter Trueman (six holes) and Barry Harding and Phillip O’Hagan (three holes) took the opening two games.

Although the hosts responded by taking the next two ties by two and three holes respectively, Staverton maintained their focus as they won the remaining two games by a single hole.

The result means Staverton will qualify for the last four if they beat Rushden by at least six points at home in their final match on Sunday.