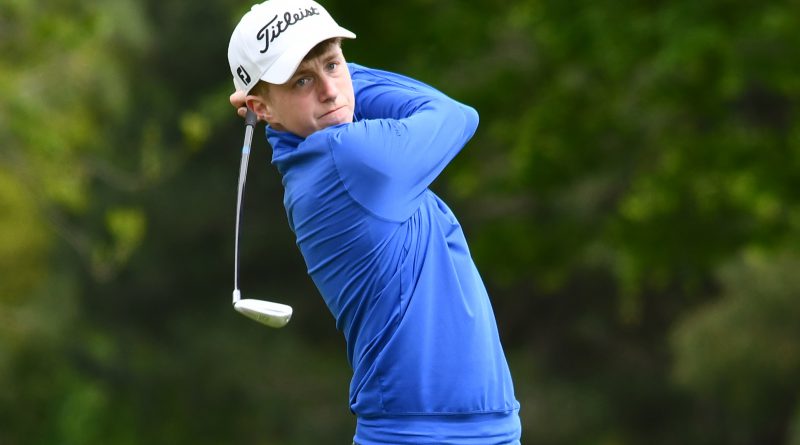 Farthingstone’s hope of avoiding relegation out of the Scratch League second division suffered a knock as they crashed to a 6-2 home defeat to Kettering, who moved off the foot of the table.

With Kettering having lost at home to Farthingstone earlier in the season, the visitors wasted little time in avenging that loss as Jim Campbell and Rob Stevenson sent them on their way with big wins in games one and four respectively.

Further points from Andy Robinson, Joe Hyde and Luke Saywood, plus halves from Chris Brigstock and Jamie Ashcroft, lifted the away team up to third in the standings, although they have played more matches than all their rivals.

Kingsthorpe collected their third victory in four outings in the Intermediate League with a hard-fought 4½-3½ win over Northampton at Wellingborough GC.

Points from father and son Jason Withrington and Harry Withrington gave Kingsthorpe the early lead, only for Northampton’s Gary Slinn and Thomas Nickelson to level up the overall score with wins in the next two games.

With the next couple of games being shared, Kingsthorpe snatched the victory in the final two matches thanks to a one-hole success from Simon Kerr and a half from Lee O’Connor.

Collingtree Park are the only other team yet to taste defeat this year after they were recorded a 4-4 draw with Overstone Park, thanks to points from Kevin Parfitt, Roger Morris, Anthony Brown and Jody Parfitt.

Overstone, who still look set to qualify for the semi-finals in third position, grabbed a share of the spoils with wins from Phil Gardner, Andy Lord, Andrew Watson and Daniel Barney.

Rushden confirmed their place in the last four of the Handicap League by topping Group C from Staverton Park on points difference after they were involved in a thrilling away contest with their closest rivals.

Needing to avoid a six-point defeat to secure first position, the visitors halved the opening tie, lost the next couple of matches by two and one holes respectively, before grabbing another draw in game four.

With Staverton taking the next match by a single hole, the Rushden pair of Malcolm Kendall and Paul Newell could afford to lose the final game against Neil Stevenson and Phil Lane by one hole to guarantee top spot.

They now face Group A leaders Northants County in the last four, while the other semi-final will see Overstone Park play Kingsthorpe, who lost just once on their way to winning Group D.

Overstone Park booked their place in the semi-final of the Ladies Cecil Leitch League as they got the better of Northants County 3-2 in a thrilling quarter-final at Delapre.

Emily Nunn recorded a 6&5 success for Overstone, but with all the other four games going the distance, narrow wins from Suzanne Silvester and Cathy Wiggins were needed to cancel out the County points from Carolyn James and Sue McRae.

Despite losing the first game against Wellingborough in their last eight tie, Rushden had few problems progressing into the semi’s as wins from Yvonne Wilcox, Claire McIlroy, Linda Smith and Anne Bewers secured the team victory.

It was a similar story for Elton Furze as they lost the opening game against Whittlebury Park in the quarters, before points from Anita Cordery, Jackie Butler, Barbara Stone and Anna Fray secured a 4-1 team success.

Their last four opponents are Staverton Park, who beat Northampton 3-2, courtesy of points from Denise Aitchison, Samantha Harding and Jane Clifford, who sealed victory on the 18th hole in the final game.

Overstone Park maintained their perfect winning record in the Ladies League as they edged a tight contest with Elton Furze by the scoreline 2½-1½ at Northampton GC.

After thrashing Peterborough Milton in their opening contest, Overstone were made to battle for their second victory as points from Baylie Pyke and Amy Nunn, and a half from Gill Hodgson, confirmed the team success.

Unbeaten Wellingborough still top the standings despite seeing their run of three consecutive wins come to an end as they were held to a 2-2 draw by Peterborough Milton, for whom Angela Roper and Rachael Fisher collected points.

An inability to put out a full contingent of players could prove costly for Peterborough Milton’s B team in their efforts to secure a Junior League semi-final place as an under-strength side drew 2-2 at Wellingborough in Group B.

Although the draw moved Milton, whose wins came from Kai Raymond and Megan Chandler, into first place, they will be overtaken by Overstone Park if they can secure a draw in their last match at Wellingborough.

The Group B winners will face a semi-final against Northampton A, who ended their successful Group C campaign on a slight low after they were beaten 3-1 at Peterborough Milton A in their last match.

The other last four tie will see Collingtree Park, who finished first in Group A, take on Overstone Park B.