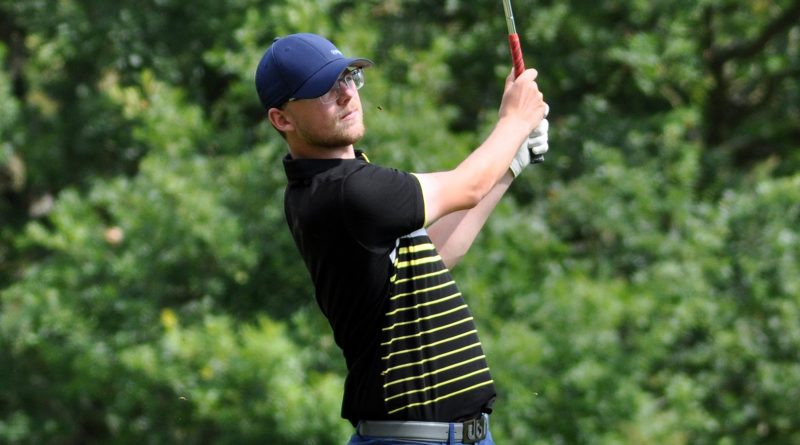 Wellingborough amateur Tiger Adams is running into the best form of his life as the teenager prepares to join the professional ranks by competing in the European Tour Q School in a few weeks.
Adams, who turns 20 next week, already has one TP Tour event booked into his schedule for December after qualifying for The Gosling Invitational in Bermuda by finishing third in a regional event with a three-under-par 68 at Chigwell GC.
He continued his brilliant scoring in the Midlands Golf Union County Cup two days later as he fired rounds of 69 and 68 at Northants County GC to finish joint-top with Richard Wale (Leicestershire).
Adams and Wale were forced to share the top prize after a remarkable sudden death play-off had to be halted in the darkness as both pairs couldn’t be separated after playing eight holes.