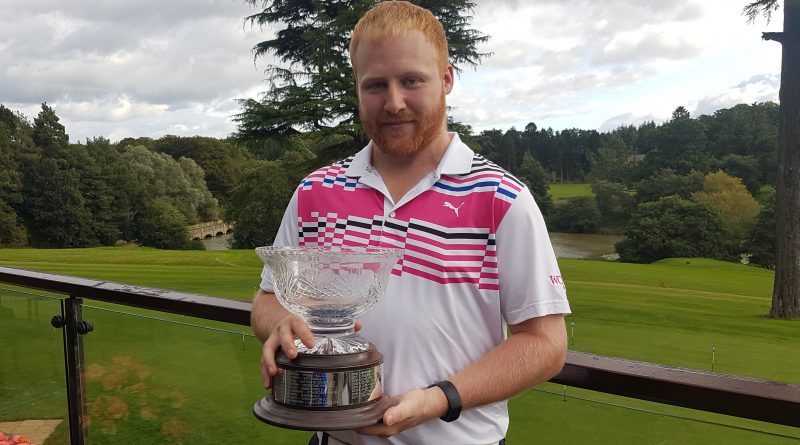 Lee Hitchcock won the NGL Men’s Champion of Champions title by a single stroke after producing a strong finish on his home course at Northampton GC.
The plus-one handicapper completed the last eight holes in two-under-par to edge ahead of Owen Watts (Northants County).

One shot was also the difference between first and second in the Ladies Champion of Champions event as Peterborough Milton’s Thalia Martin got the better of Hattie Billson (County) with a round of 78.

Daventry Golf Club completed a double in NGL knockout events as Daniel Haynes got the better of Neil White (Kettering) in the Singles Final, while club-mates James Berry and Samuel Overton joined forces to defeat Neil Abery and Bob Ross (Collingtree) in the Foursomes Final.

The NGL Scratch Singles competition also witnessed a double success as Lewis White (Northampton) added the 2019 matchplay crown to the strokeplay title he won earlier in the year as he beat Miles Mudge (Staverton) in the Final.
The only two NGL KO titles yet to be decided this season are the Boys and Girls Matchplay Championships, with both set to come to a conclusion this month.
The Boys Final is between Mark Stockdale (Overstone) and Ben Lavender (Northampton), while the Girls Final sees Jade Potter (Northampton or Ashleigh Critchley (Kettering) play Emily Horsted (Peterborough Milton) or Baylie Pyke (Overstone).