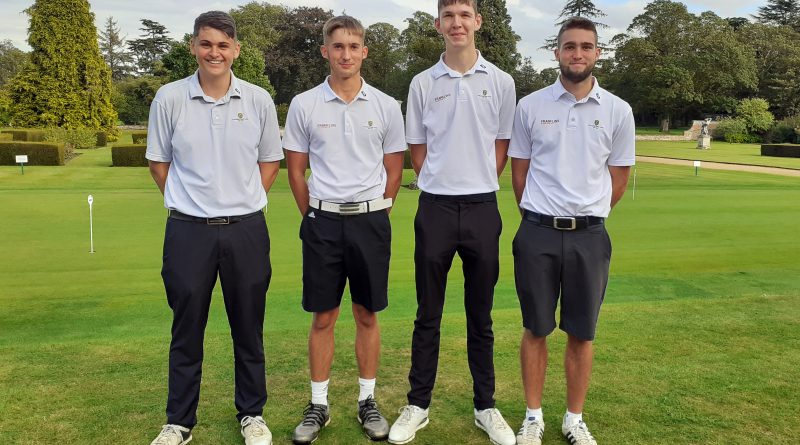 Collingtree Park booked the last semi-final place in the Junior League after topping Group D with a dominant 4-0 victory at Wellingborough.
Needing a victory to edge out overnight leaders Northants County B on points difference, Collingtree made a brilliant start as Jensen Parfitt and Mason Geddes strolled in with big wins under their belts.
The pattern continued as Aidan Rudge ensured the team victory with another convincing success, before Jody Parfitt wrapped up the scoring on the 17th hole.
Collingtree will now face Peterborough Milton C in the last four on Saturday at Rushden GC, while the other semi-final will see Milton’s B team take on Kettering B.