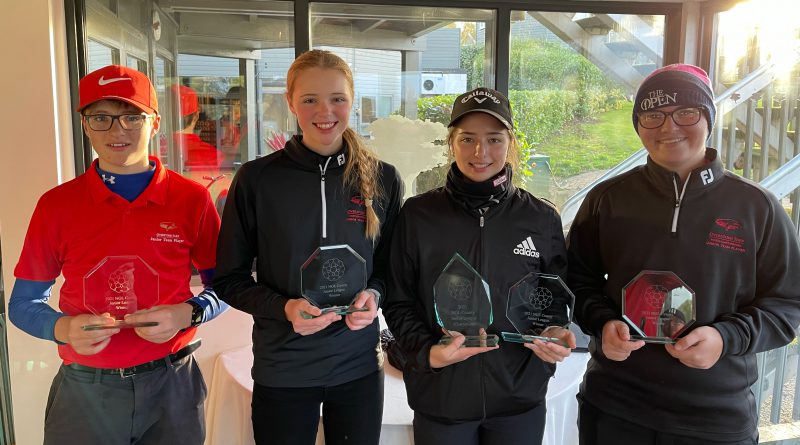 Overstone Park’s girl golfers came to the fore in the NGL Junior League Final as the club’s A team secured the 2021 title by recording a 3-1 victory against their B team.

Baylie Pyke got the ball rolling with a 3&2 win over Jadon Pham in game one, before Emily Nunn doubled the lead with a 5&4 success against Joshua Ho.

Although Freya Pickford replied for the B team with a 5&4 victory, Amy Nunn sealed an unbeaten season for the A team as she won the 17th hole against Oliver Godwin.

Overstone Park were also crowned Men’s Scratch League champions after Wellingborough were unable to fulfil their last two home fixtures of the year, against the leaders and second-placed Northampton.