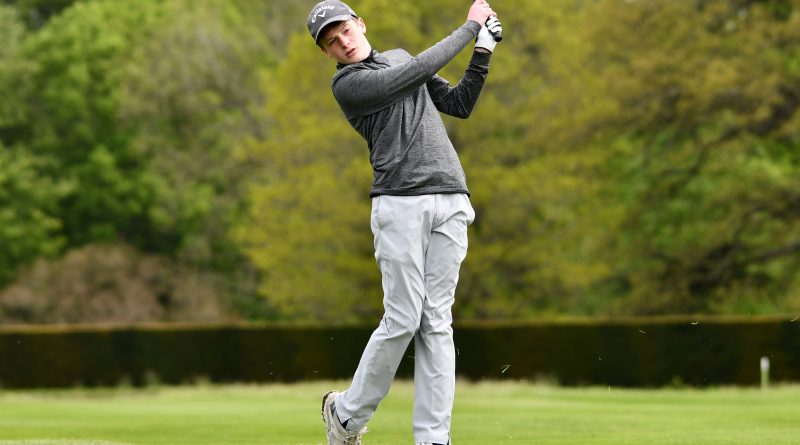 Staverton Park evoked memories of their Hollingsworth Trophy winning season of 2019 by winning their first away match of this campaign with a 3-2 success at Oundle in Group A.

With Brian McGinley and Andy Sant cantering to a big late win, the away side’s other points were claimed in the opening two ties as Barry Harding and Joe Spittlehouse grabbed a one-hole victory, while Joshua Morris and Michael Christie came through on the first extra hole.

Daventry had few problems overcoming Cold Ashby at home in the same section as they completed a series of convincing wins, plus one narrow defeat, in a 4-1 success.

Kettering enjoyed the satisfaction of beginning their Hollingsworth Trophy campaign with a 4-1 away victory at local rivals Priors Hall.

Although the hosts secured the first point with a 4&3 success for Gavin Harding and Gavin Symington, Kettering quickly seized control with a collection of solid wins.

Ed Keech and Marcel Aarts levelled the scores with a 4&2 victory, Jim Campbell and Andy Draper came through 2&1, Andy Robinson and Neil White (3&2) confirmed the team success, before Kettering grabbed the final point on the 16th hole.

Whittlebury Park completed their second consecutive whitewash home victory in the Hollingsworth Trophy as they hammered Kingsthorpe 5-0 to move two points clear at the top of Group C.

After defeating Northants County A the previous weekend, Chris Van Heerden and Peter Bleakley capped another perfect day with a narrow win in the remaining match.

Farthingstone came up just short in their efforts to bag the first away win in the group as they lost 3-2 at Northants County, for whom Andrew James and Jeff Winfield bagged the decisive point on the 18th hole.

Priors Hall made a positive start to their bid for promotion into the Scratch League second tier as they defeated Rushden 4½-1½ in their opening fixture.

Andrew Rhodes (5&3), Dany Reid and Anthony Lammond (both 7&5) set the tone with big wins in the first three ties, before Riki Jenkins confirmed the team victory with a 2&1 success in game four.

Richard Wright got Rushden on the board with a 3&2 win in the penultimate tie, before the final match finished all square.

Hellidon Lakes emphasised their historical prowess in the Handicap League by recording the first away victory of the 2022 season with a battling 6-4 win at Northampton in Group A.

Despite losing the opening couple of matches by a single hole and halving the next tie, the visitors took control with a four-hole success from Oliver Moseley and Jon Thorne in game four.

Northampton pulled level thanks to a two-hole victory from James Woolgrove and Ian Kelly, but Hellidon, who have won the Handicap League three times in the last decade, secured the win through Ludlow Johnson and Ted Craig (two holes).

Northants County were successful in the opening fixture of the Ladies Cecil Leitch season as they defeated Delapre 4-1 at home in Group D.

Despite comfortable wins from Sue McRae (3&2) and Jane Shearer (5&4), the hosts were made to battle for the victory as all the other three games reached the 18th hole.

Daventry’s youngsters put up a brave fight in their first appearance in the Junior League for more than a decade before eventually losing 3½-½ at Northants County in Group A.

Although County’s Holly Macmain and Oliver Golby won games two and three respectively with holes to space, Charlie Cannell was taken to the 17th hole before confirming the team victory.

But the away side showed their determination to get something from the contest as they grabbed a half in the final tie as Thomas Adams finished all square with home club member Jamie Forman.

Collingtree made a winning start to their Junior League campaign after recording a 3-1 home success against Northampton B.

Adam Haywood and Lucy Haywood both impressed with 6&5 and 7&6 victories respectively, before Joe Watts wrapped up the team success by winning the 18th hole.

Northampton, who took the other point on the penultimate hole, came into the contest on the back of an excellent 2-2 draw a few days earlier at Northants County A as Elliot Strickland and Matthew Reeve both triumphed down the last.