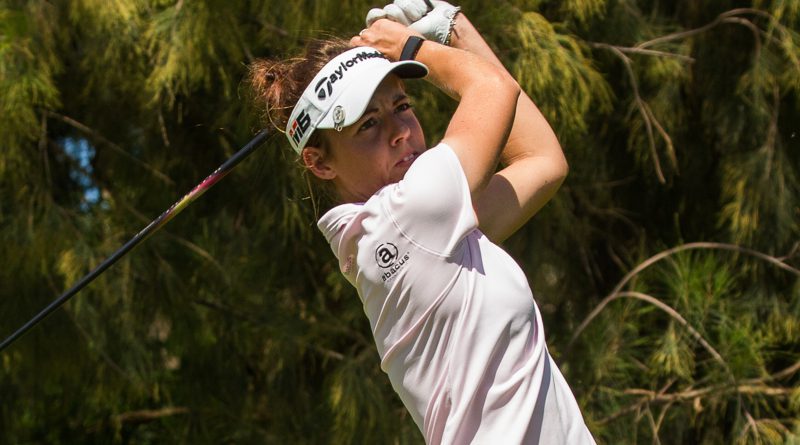 Northamptonshire’s leading two female professional golfers continue to take it turns to challenge for wins on the Rose Ladies Series as Meghan MacLaren finished runner-up in the latest tournament at Bearwood Lakes GC.

With fellow Wellingborough pro Charley Hull taking second at Royal St. George’s and JCB Country Club in the previous two events, MacLaren took on the baton in round five as she posted four birdies in a level par 72.

The 26-year-old, who was victorious in the second event of the Series at Moor Park, finished one shot behind former Women’s Open Champion Georgia Hall to move up to sixth in the overall standings.

Despite shooting five birdies in an inconsistent round of 75, Hull’s 15th place finish means she remains at the top of the overall table with just one qualifying event to play at The Shire (London) this week.

As the pair build up for the return of the Ladies European Tour with the Scottish Open and Women’s Open next month, double Order of Merit points will be available in the three-day Grand Final at North Hants, The Berkshire and Wentworth from August 5th.