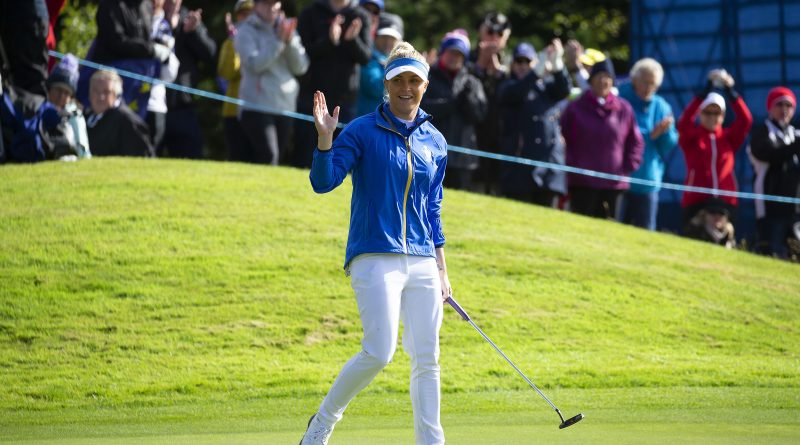 Leading county professional Charley Hull playing a starring role for Europe as the team regained the Solheim Cup with a stunning 14½-13½ victory over the USA at Gleneagles, Scotland.
Competing in the biennial event for the fourth time, the Kettering golfer remained unbeaten in her four games on the PGA Centenary course, including picking up a decisive half on a dramatic final afternoon.
With the best winning record of all the European players going into the match, Hull once again led from the front as she earned a 2&1 victory in the morning foursomes with Azahara Munoz, before they collected a half in the afternoon fourballs as Europe led by a point.
Unsurprisingly the duo were paired up for the foursomes on the second morning, and they didn’t let the team down once again as they recorded a 4&3 win to maintain the European advantage.
Hull, who is getting married next week, was rested in the afternoon fourballs as defending champions USA fought back to level the match going into the final day singles.
Sent out in sixth position in the singles order, Hull trailed by two holes at the turn to Megan Khang but fought back to lead going down the last, only for her opponent to claim a share of the match.
The half from Hull made all the difference in the final result however as Europe secured the final three singles points to claim a brilliant victory.