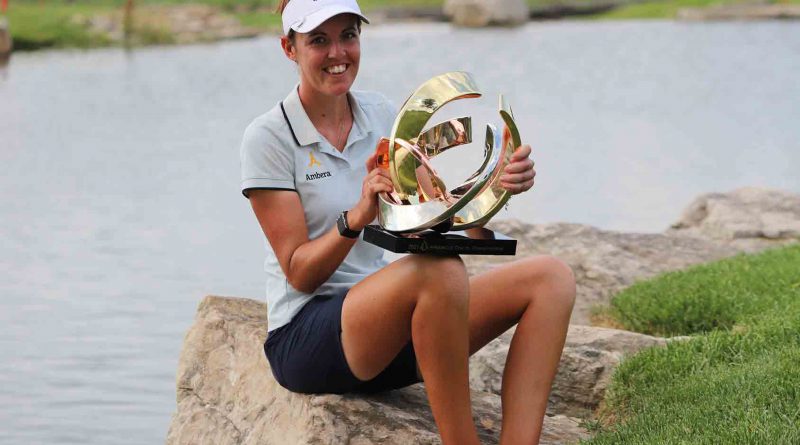 Meghan MacLaren improved her chances of playing on the LPGA Tour on a more regular basis after winning her first event on the feeder Symetra Tour with victory in the Prasco Charity Championship at TPD River’s Bend in Cincinnati.

The Wellingborough professional carded five birdies over the back nine in an opening 68, added a second round 70 to sit joint top, before bagging birdies on the 16th and 18th hole in a closing 69 to triumph by two shots.

MacLaren, who is a two-time winner on the Ladies European Tour, said: “I am just really really happy to be honest. It sounds quite simple but we are all out here to win and get our cards. I have had some kind of low moments over the last couple of years, so to get over the line is incredible.”

Fellow club pro Charley Hull, meanwhile, finished in a tie for 21st position in the KPMG Women’s PGA Championship on the main LPGA Tour after carding scores of 68, 71, 74 and 72 in Atlanta.

On a good week for Northants golfers, Simon Lilly (Wellingborough) and Gary Boyd (Cherwell Edge) both made it through to Open Championship final qualifying after finishing first and sixth respectively in a regional qualifier at Hollinwell.