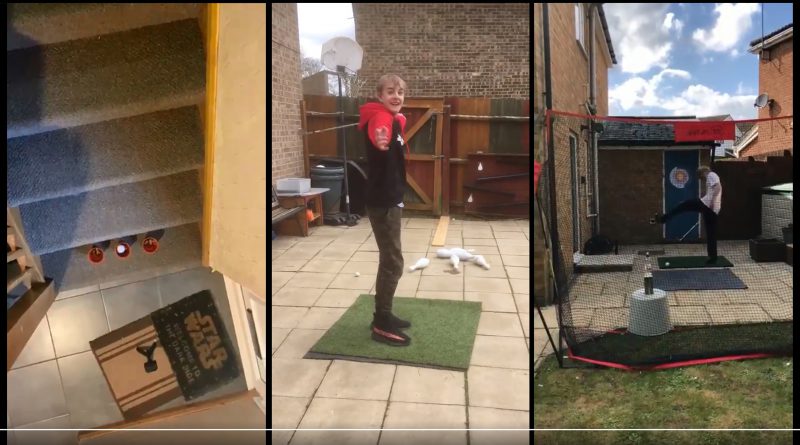 Junior golfers across the county are emphasising their adaptability to the lack of play on the golf course by setting each other #golfathome practice challenges via social media.
The boys and girls have been trying to improve their putting by attempting to hole out first time in the ‘Middle Cup Challenge Down The Stairs’, as well as in the ‘Mind The Gap’ and ‘Putting T’ drills.
With Wellingborough’s Ladies European Tour professional Meghan MacLaren joining in, the young players have also been working on their pitching game by having a go at the ‘Bucket Challenge’ and ‘Chipping Skill Through the Gate Challenge’.
Overstone Golf Club junior organiser Thomas Davies has combined with @ColourPathGolf to set some of the tests, with young members Abbie Thompson, Karla Mee and Oliver Godwin being some of the most successful.
Club-mates Baylie Pyke, Rinald Vilks and Giuseppe Memoli also showed off their golf ball juggling skills, with the latter’s #stayathomegolfchallenge Twitter videos ending with a catch in the hood of his top and another with a shot between the legs.