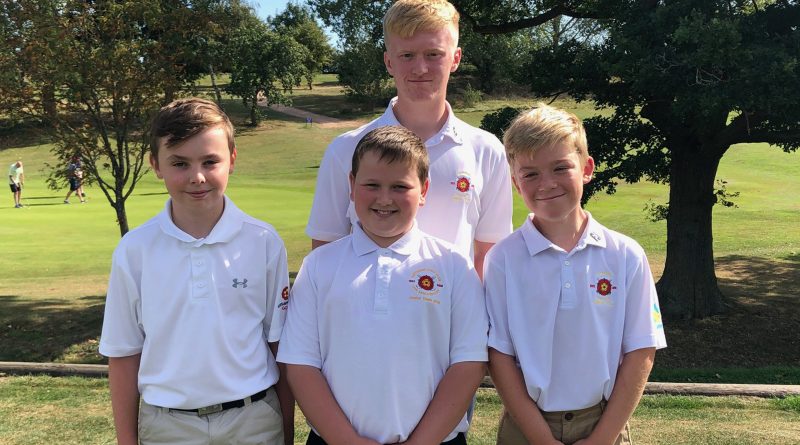 The Junior League Final will see two teams from Peterborough Milton pit themselves against each other for the second time in four years after the B and C teams won their respective semi-finals against Kettering and Collingtree at Rushden GC.
Milton’s B team needed a play-off to secure a spot in the final on Sunday, September 29th as Charlie Pearce got the better of Ed Keech on the second extra hole following a 2-2 draw.
The last four contest had finished in a stalemate after points from Pearce and Emily Horsted were matched by wins from Kettering’s Sonny Lennon and James Attwood.
With Peterborough’s A side being successful in 2016 and 2018, the club guaranteed another victory this year when Rylan Thomas, Shivani Karthikeyan and Oscar Bell bagged points for the C team against Collingtree, whose sole point came from Jody Parfitt.