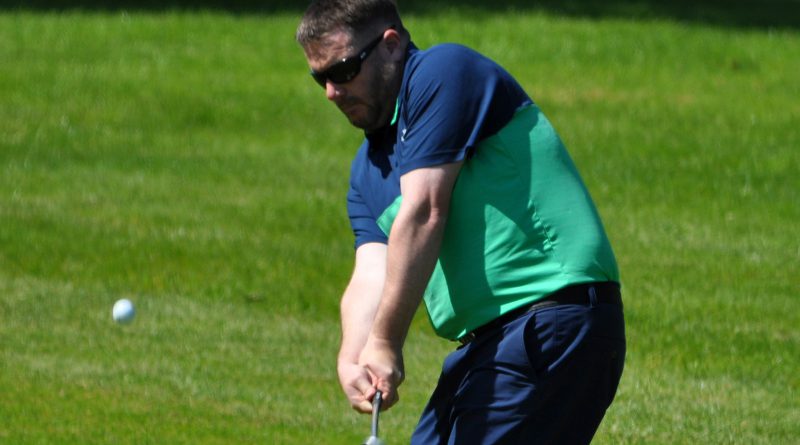 Steven Munns lifted the Courage Cup at Wellingborough as the 12-handicapper found his consistency to beat John Carter by one with a total of 39 points. Third-placed Paul Saunders was one of five members a couple of points further off the pace.

Fran Woods compiled the best round in the October Ladies Medal as a net 75 secured a one shot victory from Gill Snelson. The second division prize went to Pat Briggs, while Melanie Ross won the Nine-hole Stableford.

Lee Hitchcock was in blistering form in the White Tee Mid-Week Stableford at Overstone Park as he carded seven gross birdies and an eagle on the ninth hole on his way to a winning tally of 43 points.

The victory saw Hitchcock’s handicap reach plus-two as he finished well clear of Jack Barnett (40) and Jack Hemmings (39), who led the second and third divisions respectively.

Duncan Tucker, Jon Pycraft and Jamie Kerr all beat the course at Cold Ashby by three holes to claim the podium positions in the Inauguration Cup.

George Cartright, Carl Byron and Robin Coles were the best players on the par three holes, while Barbara Steane and Anna Haisman led the way in the ladies category.

A birdie on the 18th hole at Priors Hall helped Matt Goode lift the Mathers Cup as the five-handicapper finished two strokes ahead of Lewis Kirk with a net 69.

Three was the margin of victory in the October Seniors Stableford as Martin Holmes bagged 42 points to push clear of runner-up Andy Webster.

Anne Bewers, Judith Flevill and Mirian O’Reilly also had a ball in the ladies competition as they triumphed by two points from Karen Findlay, Mary Clark and Margaret Litchfield (56).

Forty four points was an outstanding winning score in the first round of the Peterborough Milton Winter Series as Jimmy Govere grabbed the plaudits by three from Damien Ramm. Top division pacesetter Alan Watt, and Matthew Mills, shot 40.

A tally of 40 points sealed top spot in the Captain’s Junior Stableford at Kettering as Joseph Hyde took the honours by six from Men’s Club Champion Sam Underwood and James Attwood.