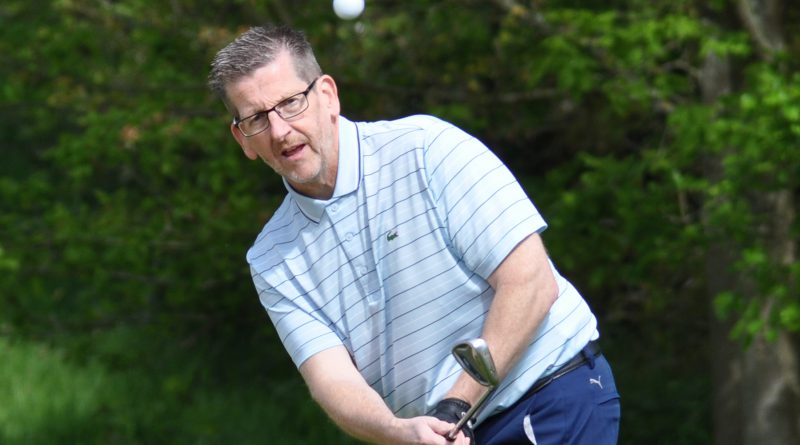 Gavin Harding lifted the Club Championship crown at Priors Hall after finishing a couple of strokes clear of Sean Feeley with a 36-hole total of 151.

Despite trailing Paul Freeman by two shots after a 76 in the first round, Harding kept his composure the following day as he posted birdies on the 13th and 16th hole to hold off the challenge of Feeley, who finished with a birdie and eagle.

Danny Draper (154) finished third by one from Chris Spence and Freeman, whose second round 81 meant he also missed out by countback on the net prize as Graeme Thomson (net 141) triumphed.

Countback was needed in the July Sunday Stableford at Wellingborough after four players came in with the leading score of 41 points.

John Carter, Tom Houghton and Colin Armstrong all found their form, but it was Tom Marshall’s one over par back nine that proved vital as the 12-handicapper secured the win.

Ellie Darnell enjoyed a more convincing victory in the Ladies Stableford as the former county champion’s tally of 39 points lifted her three ahead of Miriam Johnson.

Dan Filios was successful in the fourth round of the Seniors Lonsdale with a magnificent total of 42 points as he finished two ahead of Gary Grimmitt, David Wynn and Charles Galvin.

Forty two points was the leading score in the July Mid-week Stableford at Peterborough Milton as five-handicapper Oliver Clark finished one ahead of in-form Gary Noye.

Euan Herson and Daniel Wisbey (both 40) were the players to beat in the other two divisions as the former won the second section by two from Lee Talbot, while the latter nudged one clear of Trevor Henderson in the third category.

On the same day, Isaac Wakefield continued his superb start to the season in the latest Boys Academy Stableford as the youngster grabbed 40 points to beat Sam Mayman by seven.

Net 62 was a stunning winning round from Ruby Smith in Kettering’s Junior Medal as she saw her handicap slashed from 19 to 14 following a two shot win.

Runner-up Gracie Murray, whose handicap dropped into single figures for the first time, maintained her good form into the Ladies Stableford a few days later as she bagged 37 points to finish four ahead of Vicki Lyness.

Two shots was the difference between first and second in the Rushden July Mid-week Medal as Richard Wright (net 70) held off the challenge of Colin Guyver.

Countback was required in the Ladies Stableford and Medal competitions as Janie Wood (32 points) and Claire McIlroy (net 78) were successful respectively from Gill Mullaney.