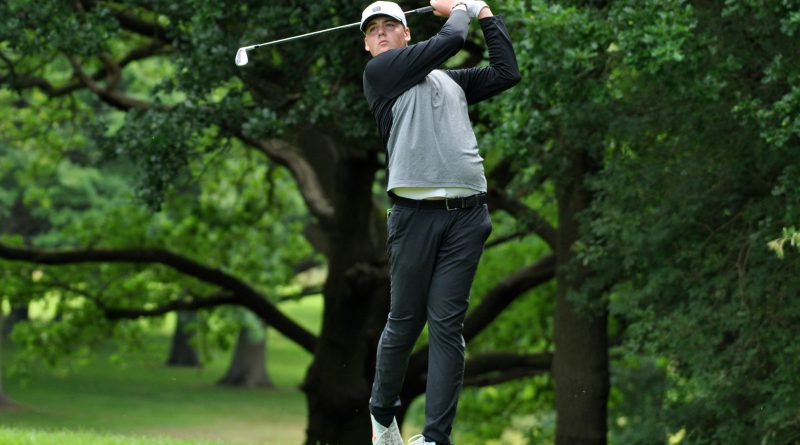 Northampton’s Mark Stockdale came up just short in his effort to book a place in the Faldo Series Grand Final as he finished tied sixth in the England Midlands Boys Under-16’s Qualifier over 54 holes at Kedleston Park.

With Northants County’s Corey Neville having qualified for the showpiece UAE event a week earlier at Brocket Hall, the county looked set for another representative when Stockdale surged through the field on the Derbyshire course.

After an opening 75, the teenager posted six birdies and an eagle on the 17th hole in a brilliant second round 68, before adding three more birdies in the first eight holes on the final day to go top of the leaderboard.

Unfortunately a run of high scores either side of the turn dropped Stockdale back in the standings, and although he responded with a birdie on the closing hole it wasn’t quite enough as he finished three shots off the pace.

The 15-year-old has another chance to qualify for the Grand Final this week when he takes part in the England North East event at Slaley Hall. County Ladies Champion Ashleigh Critchley (Wellingborough) is competing in the Girls competition.