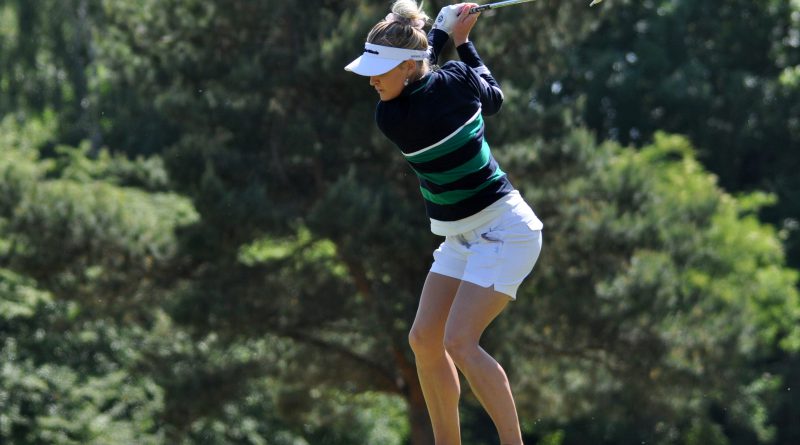 County professional Charley Hull moved back to the top of the 2020 Rose Ladies Series Order of Merit after bagging the joint runners-up prize in the latest event at JCB Golf & Country Club in Staffordshire.

After finishing first, second, fourth and sixth in the other events this season, the world number 25 was once again in the mix as she carded four birdies and no dropped shots in her opening 12 holes.

Although Hull, who has pledged to play in all the comps instead of quarantining in the USA for a return to the LPGA Tour, carded a double bogey on the 13th and a bogey two holes later, she parred the testing last three holes to finish one behind Gabriella Cowley.

Fellow Wellingborough pro Meghan MacLaren, who triumphed in round two at Moor Park, also came close to grabbing her second win of the series but a double bogey on the 18th hole meant she finished two off the pace in eighth position.

Bearwood Lakes is the venue for the sixth event this week, followed by The Shire (London) seven days later, before the leading players compete over three days in the Grand Final at North Hants, The Berkshire and Wentworth in early August.