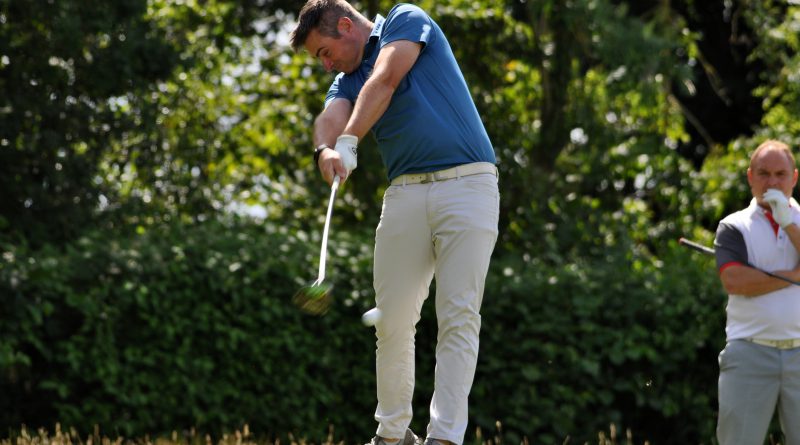 Jon Harris was at his consistent best over 36 holes in the Wellingborough Men’s Club Championships as he carded scores of 73 and 74 to claim a three-shot victory from Ryan Connolly.

The mid-handicap competition went to Lee Gardner as he held off a strong finish from John Hughes to pick up the Charles Griffiths Bowl by a single stroke on 165. Wayne Dent lifted the Rabbits Cup, which is played over 18 holes, with a net 68.

The Seniors Medal Championships, which was played over two separate days a week earlier, went to Seniors Captain Chris Dickens (net 135) by three from Paul Leeson.

Forty seven points was a breath-taking winning score from Michael Raftis in the Peterborough Milton Lockdown Midweek Stableford as the single-figure handicapper finished seven clear of the chasing pack.

Sam Mayman was only marginally less impressive in the Academy Boys Stableford a few days later as the talented youngster posted the leading mark of 44 points.

The familiar golfing surname of McIlroy featured heavily on the recent leaderboards at Rushden as Claire McIlroy won the Ladies Stableford, while Stephen McIlroy finished runner-up to Martin Miles in the Daker Cup.

Richard Cole was successful in the Midweek qualifier with 40 points, while Nigel Mersh picked up the Vets Putter after beating the course by seven holes.

One point was the margin of victory in the Mixed Fourball competition at Kettering as Eve Wilkins and Bob Cook claimed first prize ahead of runners-up Karen Atherton and Paul Atherton and third-placed Louise Cairns and John Cairns.