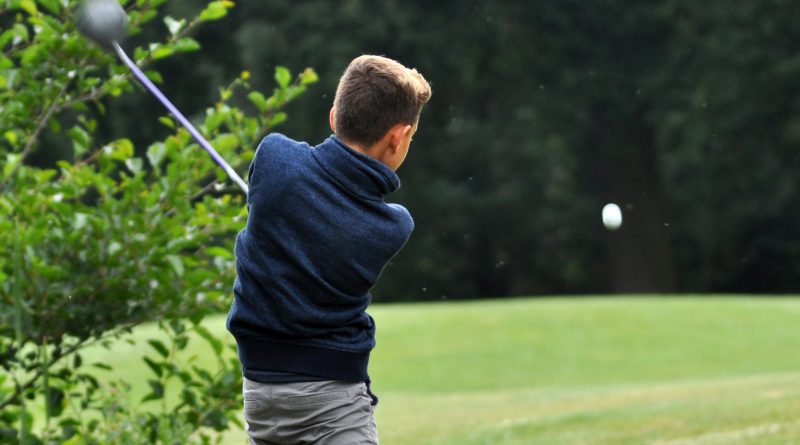 Peterborough Milton
Oliver Clark and Louis Sanderson wasted little time in picking up their first prizes in 2020 as they won the two Junior New Year events at Peterborough Milton.
Clark bagged 38 points to finish three ahead of Charlie Pearce in the main Stableford, while Sanderson’s impressive tally of 41 was enough to beat Isaac Hedger on countback in the Academy competition.

Rushden
New Rushden Captain Jason Benzie, who joined Claire McIlroy (Ladies) and Malcolm Keeling (Seniors) last month in taking on their respective roles for 2020, finished out of the prizes in the New Year’s Florida Scramble as Craig Savage’s team took the honours.
The first Winter League competition of the year witnessed two excellent performances as Luke Groom and Ryan Layland carded the best scores of 43 and 42 points in the respective Saturday and Sunday events in Round 3.

Collingtree Park
Stephen Cook made light work of carrying a smaller set of clubs around Collingtree Park as he won the Three Club Bash on countback from Chris Edser with 41 points.
Although he missed out on the top prize, 24-handicapper Edser will take comfort from hitting the shot of the day as he holed out for an eagle on the par five ninth hole.

Wellingborough
Bob Reid and John Ashton lifted the Kelly Bowls at Wellingborough as their total of 44 points on New Year’s Day was four more than runners-up Mark Rashley and Glenn Harris could manage.

Hellidon Lakes
Ted Craig remains the player to beat at Hellidon Lakes as he topped the standings in the first Tigers Merit League competition of the New Year.
After finishing first in the last Tigers event of 2019 as well as winning another competition in November, the 16-handicapper bagged 38 points in round 12 to nudge ahead of Stuart Metcalf and Peter Bosworth.

Staverton Park
Net 69 was the leading score in two of the three divisions of the January Medal at Staverton Park.
Michael Forgione bagged the top section plaudits by two shots, while Jack Seager was the best mid-handicapper by three. The high-handicap category went to Robert Brown (74) by one from Daniel Brown.

Overstone Park
Dan Fowkes performed slightly better than Sam Goodson over the last six holes at Overstone Park in the Four Club Challenge as he triumphed on countback with a tally of 19 points on New Year’s Day.
In the January Medal, a birdie on the opening hole sent Lee Pink on the way as the 17-handicapper completed a one shot victory from Mark Stockdale after posting a round of net 68.

Priors Hall
Five players came in with the leading mark of 22 points over 11 holes in the first Winter League competition of 2020 at Priors Hall.
Jerry Millar, Ian Abrahams, Gavin Harding and Wakeley Gage had to settle for the minor prizes however as Darren Buchan’s birdie two on the eighth hole helped secure a countback win.

Farthingstone
Consistency was the key to success for Daniel Prescott in Farthingstone’s January Medal as the 16-handicapper carded five gross pars and 13 bogeys on his way to the leading total of 39 points.
Ian Bayliss, who carded the same score, had to be content with second place on countback after both men finished two clear of Glen Moore and Carl Harrison.

Daventry
Peter Daniels stormed to victory in the fourth Daventry Winter Medal as the 18-handicapper carded net birdies on seven of the closing eight holes in a round of net 64.
In the opening competition of the year, Kevin Lane (67) finished runner-up by one stroke from Tyrone Power and Casey Cooper.

Kingsthorpe
Phil Summers and Mick Lea will be hoping to continue their good form this year at Kingsthorpe after being successful in the last event of 2020. The pair clinched the Christmas Cup Greensomes by one point from Neil Picton and Steve Boom (40).