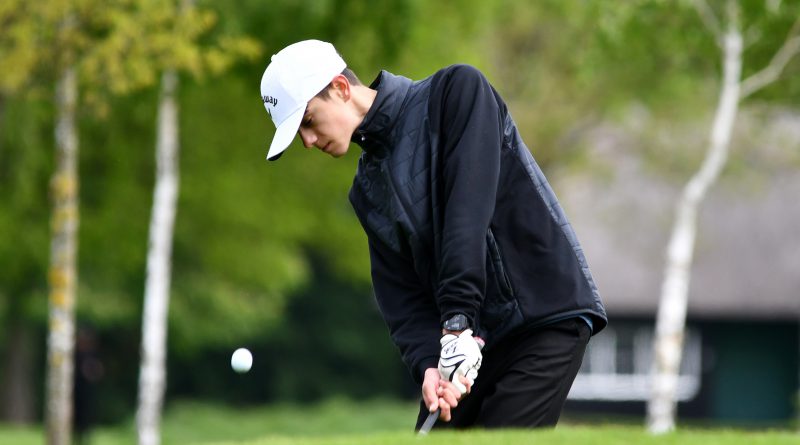 Lorenzo Chapman, Matthew Mills and Maliha Mirza picked up the wins for Peterborough Milton C in their 3-1 home victory against Northampton B in Group A of the Junior League. Matthew Reeve collected the away team’s lone point.

Oliver Pritchett was in impressive touch for Northants County A as he recorded a 9&7 singles win in the team’s 3-1 home victory against Peterborough Milton A in Group C.

County’s home contest against Northampton A was much closer just four days later as the two sides shared the spoils with all four ties reaching the 18th hole.

Collingtree Park, Northampton and Kingsthorpe all got their Intermediate League campaigns off to winning starts as they recording victories in the opening round of fixtures at Staverton Park GC.

A single point was Collingtree’s margin of success against Wellingborough, while Northampton and Kingsthorpe were both triumphant by a 6-2 scoreline against Rushden and Overstone Park respectively.

Farthingstone leapfrogged Brampton Heath at the top of Handicap League Group A with a 13-2 home success against the previously-unbeaten leaders.

Priors Hall collected their first Group B victory of the season with a 18-0 home win against Oundle, Staverton thrashed Cold Ashby 22-0 in Group C, while Northampton beat Silverstone 11-6 in their Group D home contest.

Delapre secured their first Ladies Cecil Leitch victory at the third time of asking in Group A as they defeated Kettering 4-1 at home.

Wellingborough bounced back from their home loss to Overstone Park in the best possible way as they whitewashed Cold Ashby in Group B, while Northampton maintained their hopes of topping Group C by beating Peterborough Milton 4-1.