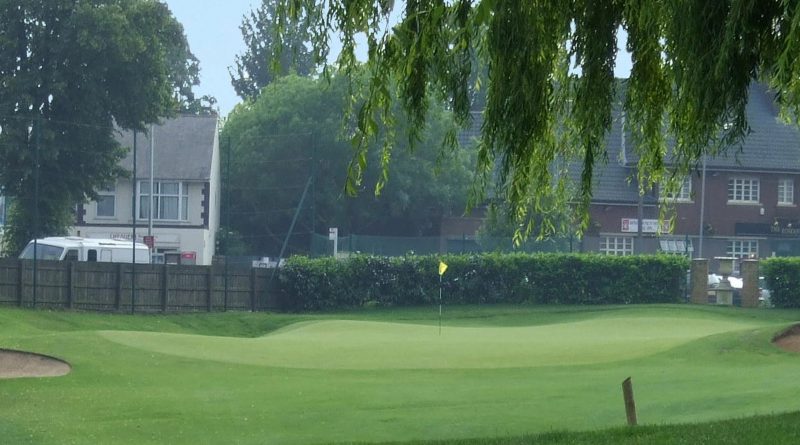 Martin Dunn was in excellent touch at Kingsthorpe in October as he led the top division scoring in the Ford Medal with a net 68, before combining with Gary Malin to clinch the Ashby Pairs Bogey event on countback after beating the course by seven holes.

Ian Willmer fired the best Ford Medal round of net 63 as he finished four ahead of fellow mid-handicapper Peter Botterill. In the Ladies Challenge Cup a few days later, Blodwen Moseley clinched first prize by three from Nita Pryer and Lin Birch.

Bob Sheeky carded the lowest net round of 68 in Staverton Park’s October Medal as he nudged a single stroke clear of Kevin Smith and Dom Forgione.

One was also the margin of victory in the Geoff Davies Team competition a few days later as a quartet led by Neil Stevenson took the honours with net 54.

Neil Brown’s side were runners-up on countback from a team including Michael Christie, who maintained his good form into the Weedon Motors Cup the following day as he clinched top spot on countback from Gez Strangwood on net 69.

Countback was required in Farthingstone’s October Medal after four players came in with the leading score of net 68.

Duncan Bisatt was the player to beat in the Anniversary Trophy as the high-handicapper overcame a slow start to record a four-shot victory from Martin Northover and Neil Everson-Watts (both net 67).

Richard Barnes found top form during the month of October at Hellidon Lakes as the 10-handicapper won two of the opening three Tigers Winter Merit League events as well as shooting the best first division score of net 72 in the October Medal.

Steve Trotman, who finished joint-runner-up to Barnes in rounds one and three of the Tigers League, was successful in the second round with 42 points, while Marc Greenshield carded the leading score of net 66 in the Medal.

Net 67 was the benchmark in Daventry’s opening Winter Medal with both Kevin Everett and high-handicapper George Bushell carding that score. Mark Craig was next on 68.

In the latest couple of Wednesday Night Thrash nine-hole competitions, Roland Puleston Jones and Graham Reeves grabbed the plaudits with 21 and 24 points respectively.