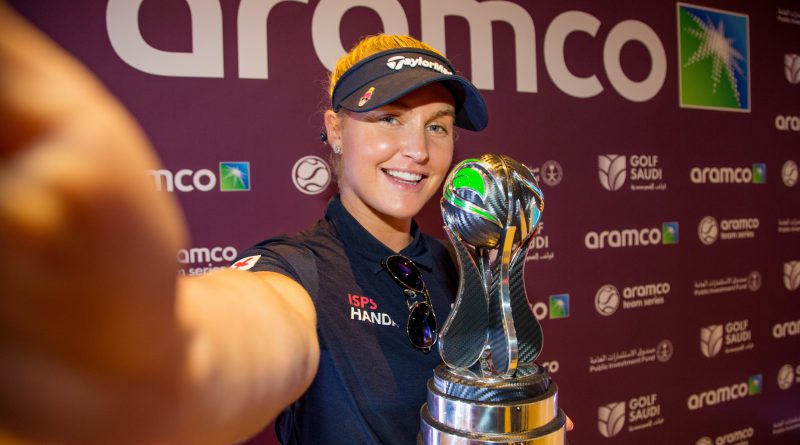 The Wellingborough pro carded scores of 69 and 70, before shooting a flawless round of seven-under-par 65 on the final day to snatch top spot from world number one Nelly Korda.

The 25-year-old, who birdied her opening four holes on the last day, says it was great to find her best form when it mattered as the Solheim Cup star grabbed her third LET title, and her first since 2019.

Hull said: “I was playing well the first couple of days, but today I really got it going. It was tricky conditions out there, so that is probably one of the best rounds I have played ever. I was very proud of myself and to finish with a birdie I’m very happy.

“On 17 it was a three-club wind, I hit a rescue 200-yards into the back bunker. It was a tricky up-and-down, I haven’t been my best at them this year, but I have worked on them over the last few weeks. It was a good up-and-down, and a good birdie on the last.

“My last win was back in 2019, so it’s good to get a win and coming towards the end of the season I hope to finish on a high.”