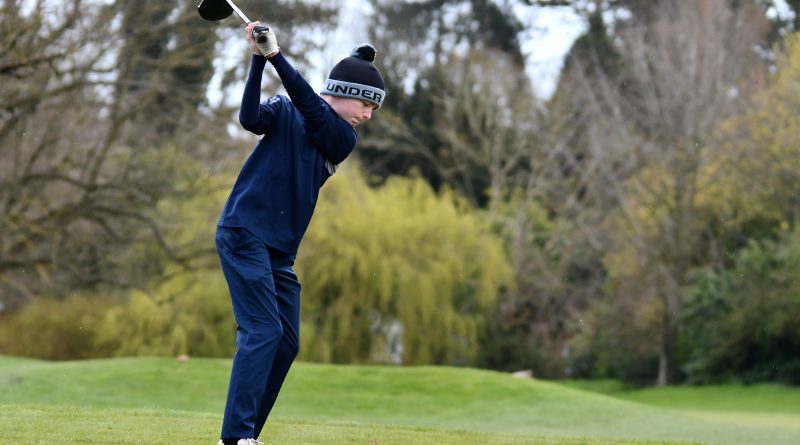 Adam Haywood smashed an impressive tally of 44 points to win the May Junior Stableford by four from Olivia Barby.

Jody Parfitt was another youngster in winning form as the teenager clinched the second Colonial men’s event of the year by one from Peter Livingstone (34 points).

Seven shots was Geoff Millidge’s winning margin in the May Seniors Medal as the Staverton Park high-handicapper bagged the honours with a magnificent round of net 67.

It was a lot closer in the Dingley Cup Texas Scramble as Joe Spittlehouse’s team snatched first prize from Max Hayward’s quartet by just 0.3 shots on net 57.2.

The May Medal witnessed an equally brilliant individual performance from David Osborne as the 11-handicapper completed his last 14 holes in gross level par on his way to a winning net 65. Danielle Edwards led the Ladies Medal scoring.

Kevin Everett rose above Spencer Mabanga on countback in Daventry’s Summer Medal after the pair finished one stroke clear of three players with a net 69. The Ted Smith Memorial Trophy went to Paul Talbott (38 points) by one from Robin Humpage.

High-handicapper Julian Hardy won the Overstone Park May Mid-week Medal on countback from Andy Thomson with a net 72, while Helen Roy and Marlene Roy clinched the Ladies Coronation Foursomes with a total of 35 points.

A steady back nine from David Malings (39 points) proved crucial in the Past Captains Competition at Farthingstone as he held off the challenge of Ian Bayliss (37) and Lawrence Smith (36).

Three strokes was the margin of victory for Chris Bass in the May Medal at Hellidon Lakes as he took the plaudits ahead of Andrew Charlesworth and Alan Edwards.