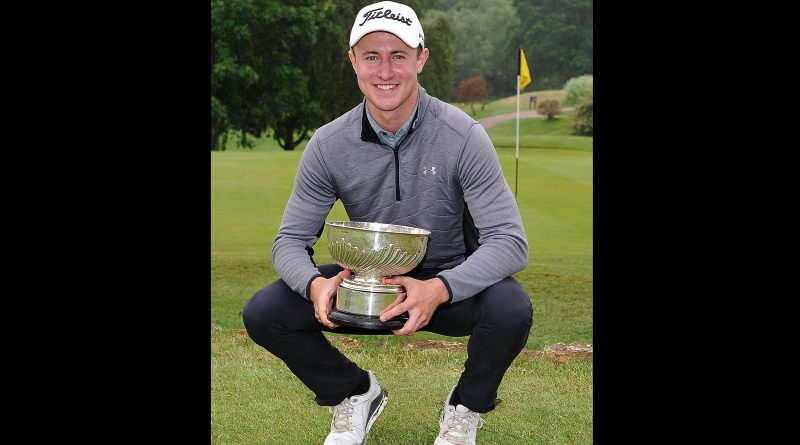 Samuel Gilkes clinched a place in the end-of-season NGL Champion of Champions tournament after winning the Northampton men’s title by two strokes from multiple winner Lewis White with a 36-hole total of 147.

Countback was required in the net competition as Lee Collyer edged out Kevin Atkins and Ross Garlick after all three came in with the leading score of 140.

Countback was a necessity in the second Eclectic Medal of the year at Kingsthorpe after three players came in with the leading round of net 67. Darren Cope’s better finish proved decisive as he edged out Daron Goodes and Mark Todkill.

High-handicapper Michael Brown posted the best round of net 65 in Collingtree Park’s Izzard Trophy Qualifier as he won the second Order of Merit event by one from Josh Crawley and Stuart Barker.

Barrie Vearncombe was successful in the latest 9 O’Clock Club Competition at Whittlebury Park as he won the June Medal on countback from Geoffrey Westgarth with a net 76.

Adrian Miller, Ricky Brown, Paul Dale and David Carthew were the quartet to catch in the John Beeby Team Event at Farthingstone as a tally of 122 points lifted them five clear of Richard Hook, Foster Blockley, Simon Nightingale and David Summerfield.

Round four of the Tigers Summer Series at Hellidon Lakes needed countback to decide the winner as James Symons gained the verdict from Mike Weaving after both compiled the leading mark of 42 points.

Christopher Walton won the Staverton Park June Stableford by a single point from Steve Loydall and John Draper (both 39).

Forty points was the best tally in the Ted Williams Memorial Trophy at Daventry as Paul Talbott grabbed the honours by two from Tyrone Power.