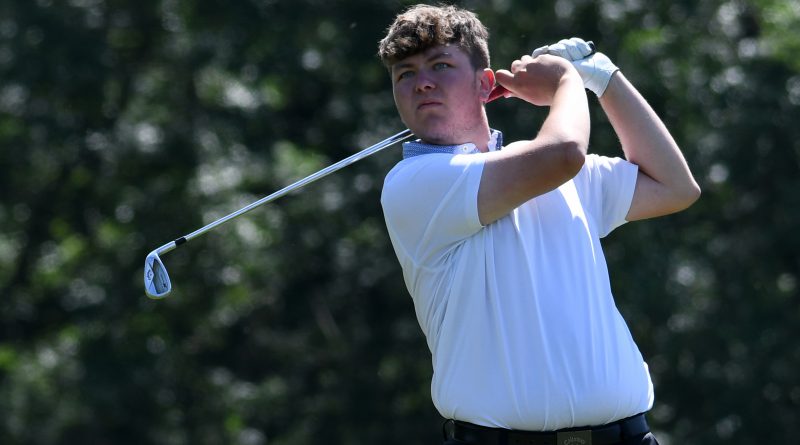 Defending Scratch League champions Northants County collected their first victory in their second away outing of the year with a 5-3 success at Staverton Park.

Kingsthorpe signalled their intent to challenge for promotion into the top tier as they maintained their unbeaten start with a battling 4-4 draw at Farthingstone.

Elijah Woodward set the tone with a 7&6 win in the opening tie, Steve Jackson (2&1) added another point in game four, before Mike Burnhope (5&4) and Jake Croxford (2&1) secured the draw by taking the last two matches.

Kettering, who lost against Kingsthorpe and Peterborough Milton recently, picked up a win at the third time of asking with a 5½-2½ home success over Collingtree Park, thanks to points from Nick Keech, Richard Ashcroft, Rob Stevenson, Sam Underwood and Luke Saywood.

The third division title race looks set to be a close contest after Cold Ashby ended Rushden’s perfect record with a 3½-2½ victory at the leaders.

Despite losing the opening two ties, Ashby grabbed the honours thanks to points from Ross Green, Adam Kerr and Jeremy Ansell, and a half from Jim Burberry.

Collingtree Park made it two victories out of two in the Intermediate League with a hard-fought 5½-2½ success over Northampton at Rushden GC.

Although Harry Williams and Graham Nichols enjoyed comfortable early wins, it was the points earned from Tony Greenhill and Kevin Parfitt on the 18th hole, plus a half from Anthony Brown, that secured the team plaudits.

Collingtree Park topped Group D in the Hollingsworth Trophy as they held their nerve with a 3-2 victory in a winners-takes-all home clash with Peterborough Milton B.

Michael Knight and Stephen Low collected a point with holes to spare, but it was the narrow wins from Simon Haywood and Harry Williams in the opening tie and Mason Geddes and Lee Sanders in game four that secured top spot for the unbeaten hosts.

Northants County A snatched first place in Group C from Overstone Park on points difference after defeating Brampton Heath 3-2 in their final home match of the season.

Big wins from Roger Green and Jonathan Wilton (5&4) and Richard Jackson and Steve Reynolds (4&3), plus a one-hole success from Nathan Dennis and Tom Garrett, provided crucial for County.

Daventry put themselves in pole position to finish first in Group A after securing a brilliant 3-2 victory at Cold Ashby.

Jack Cooper and Daniel Haynes (5&3), Spencer Mabanga and Anthony Illingworth (6&5) and Dave Mucker and David Clark (6&5) were all in magnificent form for the visitors as they moved clear of Silverstone at the summit.