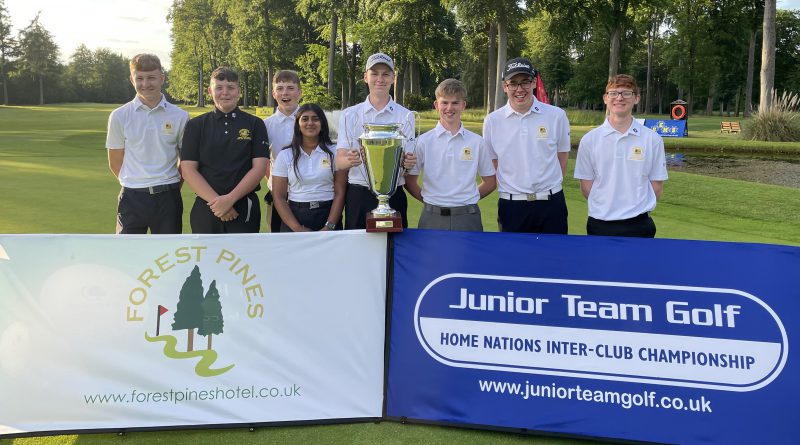 Peterborough Milton’s Junior Team added another title to their growing collection as they triumphed in the Grand Final of the 2021 Home Nations Inter-Club Championship at Forest Pines GC.

Competing against six other clubs from across the UK on the Lincolnshire woodland, Milton qualified for the semi-finals as the top seeds as they finished first on the Pines and Beeches nine-hole courses, and runner-up on the Forest layout.

A strong middle order performance in the last four sealed a 5½-2½ victory over Drumpellier, before the side moved up yet another gear in the Final as all eight players remained unbeaten against The Warren in a 6-2 win.

Milton Junior Organisers Derek Mankelow and Charles Gunn said: “It is an incredible achievement to be county champions, regional winners, the England title, and finally winning the 2021 Home Nations Championship.

“We are all so proud of everything our juniors have achieved over the past 12 months.”