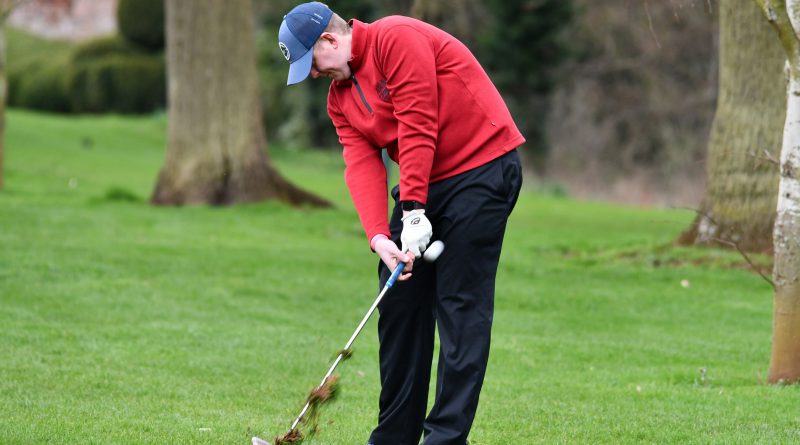 Rushden provided the perfect response to their 4-1 defeat at Cold Ashby the previous weekend in the Hollingsworth Trophy as they thrashed Daventry 5-0 at home in their second Group A outing.

The most impressive wins came in the middle ties as George Daniel and Mark Daniel (4&3), Kane Attley and Scott Manning (7&5) and Dave Bailey and Mark Collins (4&3) found their touch against a Daventry side, who beat Oundle 3-2 in their opening match.

Chris Howes and Paul Saunders were in blistered form for Wellingborough in their home contest with Northampton as they recorded a 9&8 win in the opening tie as the team completed a 4-1 home victory in Group B.

Andrew Yearsley and Mike Davis (6&5) were also in great touch for the hosts, who sealed the win thanks to a narrow success from Samuel Waite and Tom Blevins.

Steve Hammond and Adam Sherlock added another Wellingborough point on the 17th hole, before the visitors grabbed a consolation win in the last game.

Northants County made the worst possible start to their title defence as they crashed to a 5-0 away defeat to Whittlebury Park in their opening Group C match.

Whittlebury, who lost 4-1 at Peterborough Milton last month, were unstoppable on their own course as they won two matches with holes to spare, before Jon Newman and David Castle confirmed the home victory with a 2&1 success.

With points difference possibly being crucial in qualification for the semi-finals, Whittlebury added two more wins on the 18th from David Melling and Rob Watson in game three and Peter Bleakley and Chris Van Heerden in the last tie.

Farthingstone also recorded a comfortable home triumph as they defeated Kingsthorpe 4-1, with Ian Donald and Bradley Wardell in the opening match and Ricky Brown and Paul Dale in game four impressing with 4&3 wins.

Collingtree Park got their Group D campaign off to a winning start as they defeated Brampton Heath 4-1, who beat Peterborough Milton B by the same scoreline a week earlier, at home.

Although Brampton took the opening game on the 17th hole, the hosts seized control thanks to wins from Anthony Brown and Kevin Parfitt (3&2) and Jensen Parfitt and Ray Connolly (3&1).

Sam Holmes and Glyn Hannah (3&2) confirmed the win for Collingtree, before Brandon Sanders and Lee Sanders added another home point on the 18th hole.